Located on a hill overlooking the Tiber valley, Montecchio retains all the charm of the Middle Ages with its narrow streets, squares, the light tone of the stone and the mighty walls with defense towers. Vaguely elliptical in shape, the borgo is one of the best preserved in the valley,  a territory of soft hills of olive trees. Dense woods make the landscape vivid and lush in summer, orange and red in autumn.

The Umbrian-Etruscan necropolis of Vallone San Lorenzo, discovered by the archaeologist Domenico Golini in the mid-nineteenth century, reveals the existence of an Italic settlement, perhaps one of the castles mentioned by Livio as outposts of the Etruscan city of Velzna, today’s Orvieto. The materials found here are datable between the sixth and fourth century BC. Its position close to the Tiber river made this site important for its function as a hinge between the Etruscan and Umbrian-Italian worlds, in the area around the great river, which has always been considered the border between the two populations. The primitive town was then superimposed by a Roman rustic settlement of the early imperial age. The first  written documents about Montecchio date back to 1154. The original nucleus of the castle, located between the dominant cities of Todi and Orvieto, dates back to 1165 and is the work of Todi’s Chiaravalle family. In 1190 the second fortified circle  was built, both for a better defense of the borgo and for the increase of the population. The extensions continued until the middle of the thirteenth century.  Castrum Monticuli was governed by the Chiaravalle family, followed by the Alviano’s, the Baschi’s, the Colonna’s and, in the XVI century, the Atti family  from Todi. In 1607 the Corsini’s took over.

Piazza della Concordia is the open-air living room of the borgo: you can access it from the south-east gate, from where you can enter the alleys. The parish church of Santa Maria Assunta, built in the fifteenth century with a single nave, was enlarged in the following centuries. The bell tower dates back to 1633. Inside, the marble and wood baptismal font dates back to 1843. Walking inside the walls, you can see the coats of arms on the portals of the houses with the sun-rays, the cross and the letters I.H.S (Jesus Hominus Salvator), which recalls the passage in 1426 of the Franciscan preacher Saint Bernardino, patron saint of the borgo. On the Town Hall façade (1889) a group of Garibaldi veterans stamped a medallion in memory of Garibaldi, to whom the square has been dedicated since 1911.

A few kilometers away from the town are the ruins of the fifteenth-century castle of Carnano, built by the Baschi family  and destroyed in 1553. Only a piece of the boundary wall and the apse of the church of Santa Maria remain.

The necropolis of the Vallone San Lorenzo, referring to an unknown settlement but certainly dedicated to the river trade with the Etruscan populations of the right bank of the Tiber, has chamber tombs dug into the sedimentary rock and closed with blocks of travertine. The dead were placed on the docks: the naked men with a spear beside them, the women dressed in a tunic stopped by iron fibulae and with their hair hawn with gold and silver spirals. The kit consisted of plates, bowls, vases, knives and objects used in life. Tenaglie’s Antiquarium preserves materials found in two tombs.

The hamlet of Tenaglie  belonged to the Baschi family who here built a hospital for pilgrims in 1412. The Ancajani family built the late-17th century palace that dominates the borgo. 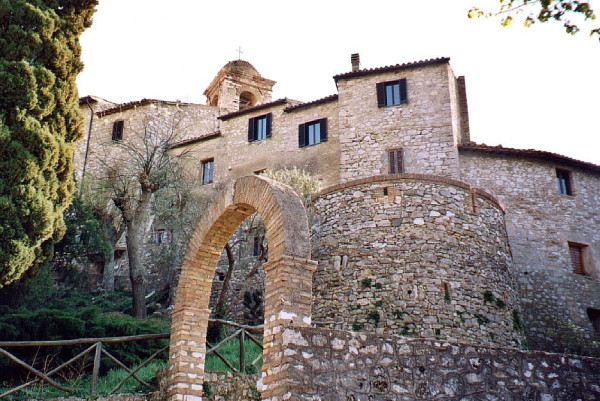 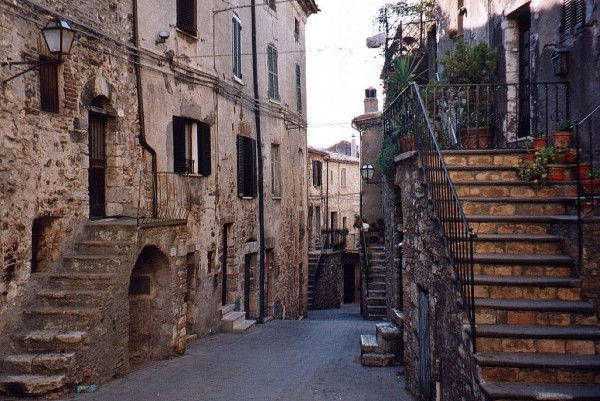 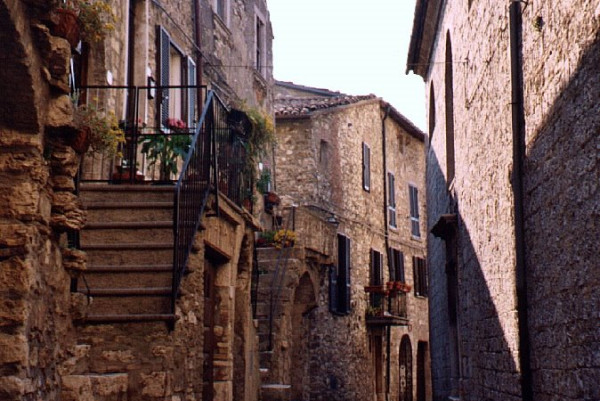 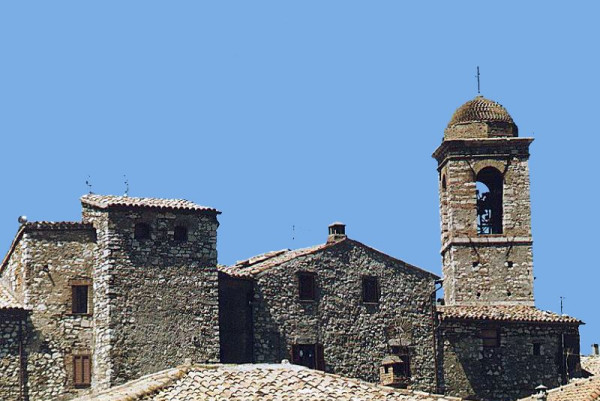 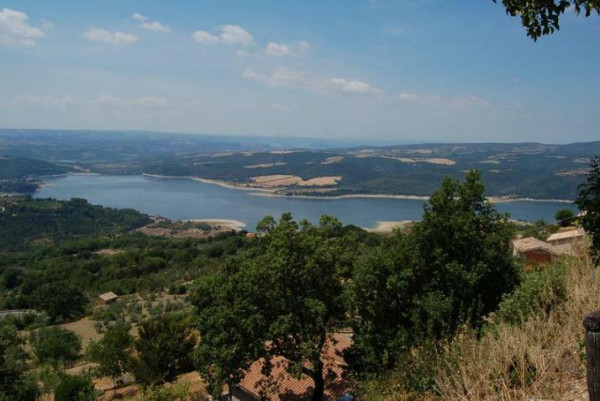 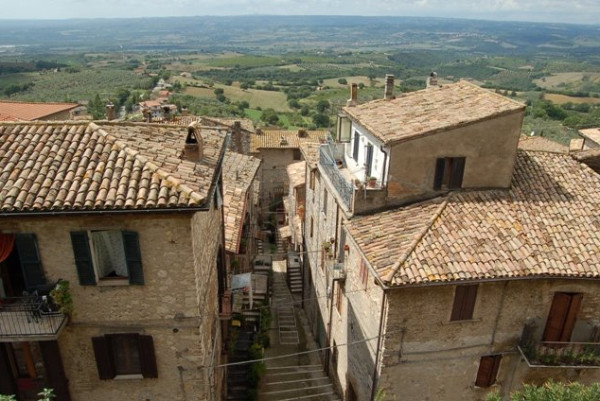