Pescocostanzo lies among immense and silent pastures dominated by the Maiella and high Sangro valley. The place is rich in art and natural beauties, a kind of Renaissance and Baroque note-book that should be glanced through carefully, paying attention to the echoes of ancestors that can still be heard on the  paved streets, under the windows of the old houses. The visit of the old town centre can start from Church of Gesù and Maria, and the nearby Franciscan Monastery, where you get to from the rail station walking along the street that skirts the public gardens. Founded in 1611, the church has valuable Baroque marble altars, among which you can find the high altar by Cosimo Fanzago (1626-30), who is also the author of the four-sided portico cloister of the monastery. Continuing along Via Colecchi, you  will notice the frontal façade decoration of  Palazzo Sabatini, the lateral one is on steep steps in Via  Colle dei Corvi, with many portals, small balconies and stone decorations. Not far away  from there, you get to a widening where there is the Collegiate church of Santa Maria del Colle (14th -15th century) that preserves inside magnificent pieces of art, especially the 1680 golden painted caisson ceiling that covers the whole of the central nave, by Carlo Sabatini. The church inside is with one nave and two aisles divided by immense pillars and it is the result of a reconstruction after an earthquake in 1456. It is rich in marble, inlaying altars and wooden ceilings. You should particularly pay attention to the high altar, the wooden statue from the 13th century, the multicoloured marble baptistery and a wrought-iron baroque railing by masters Santo and  Ilario di Rocco (1699-1705), that closes the Chapel of Sacramento. Worth visiting is also  the Church of Santa Maria del Suffragio dei Morti, with its 18th century portal, a wooden caisson ceiling and a magnificent altar carved from walnut wood finished by Ferdinando Mosca in 1716. Near here you can admire Palazzo Coccopalmeri (17th century) with its beautiful portal, balconies and windows made of carved stones; continuing on  is Palazzo Colecchi with its sever architectonic forms from the 16th century. Up the street you get to the Piazza Municipio, one of those Italian squares that surprises the visitors with its marvelous all round effect. On one side there is the former Monastery of Santa Scolastica,  built in 1642 and designed by Cosimo Fanzago, its façade has six scenic stone “blind” niches made, replacing the windows since it was made for enclosed nuns, and  big eaves sustained by corbels in the shape of a dragon. Here, in the same place as the castle and the Church of San Antonio, “Peschio” the oldest part of the town was developed. From this rock, your sight goes towards the plateaus, forests and surrounding mountains. Once you come back to the widening, you get to recently restored Palazzo del Governatore, the governor palace, and Palazzo Comunale, the town hall, with its clock tower. Turning  left in Corso Roma, you enter the most interesting part of the old town centre, especially thanks to its civic buildings. Among the palaces worth noticing is Casa D’Amata (16th century) with its characteristic “vignale”, a landing on the outside staircase, connecting doors and squared windows, Palazzo Grilli (the 16th century) with four small towers on its corners and two gates made of carved stones and the 16th century Macello (“slaughterhouse”). Once you come back to Corso Roma, you can see the severe Palazzo Mansi (the 16th century) with its splendid portal, and on the right, a line of houses from the 16th and 17th century, with typical lodges and external staircases. Turning left onto Via S.Francesco, after Palazzo Grillo, you see Palazzo De Capite, with its beautiful 1850 stone work, and the small Church of S. Giovanni with its portal and rose window from the middle of the 16th century. 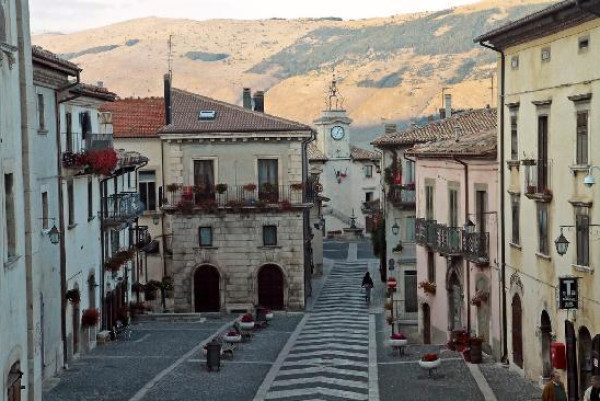 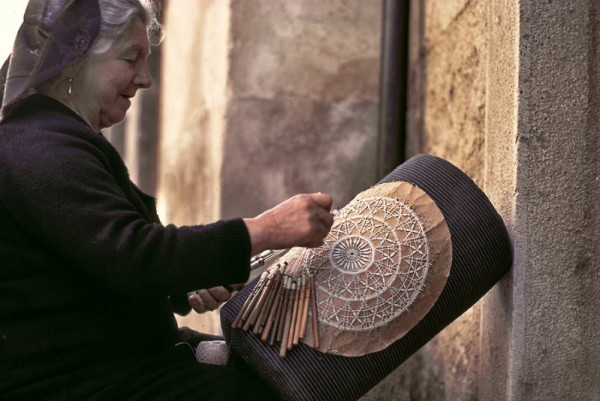 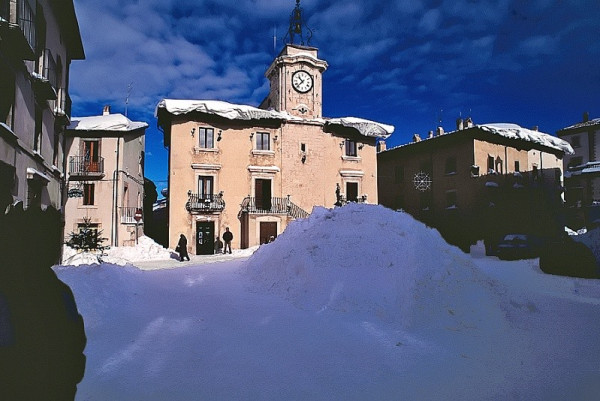 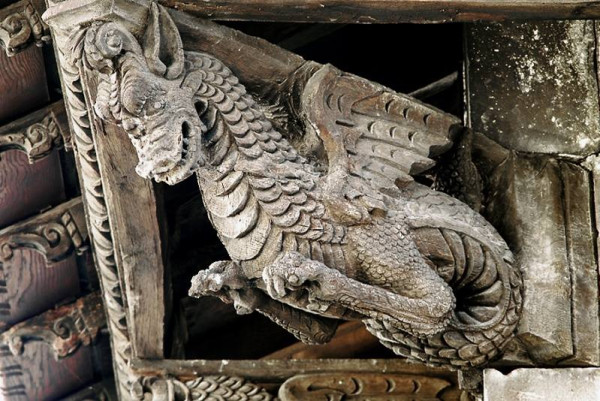 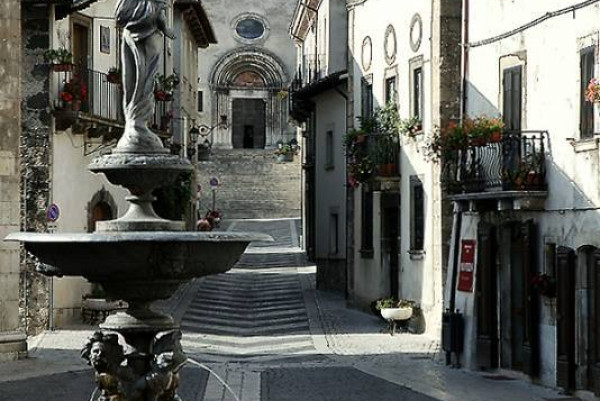 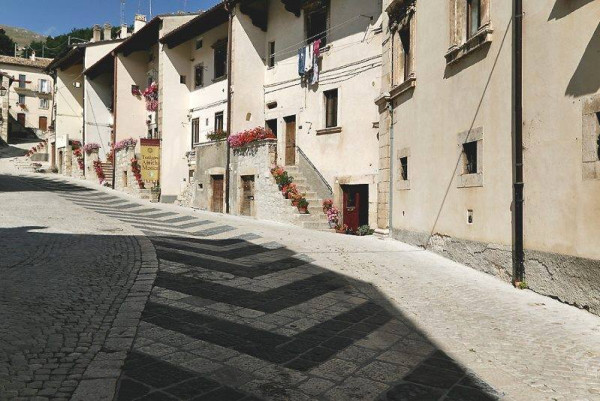 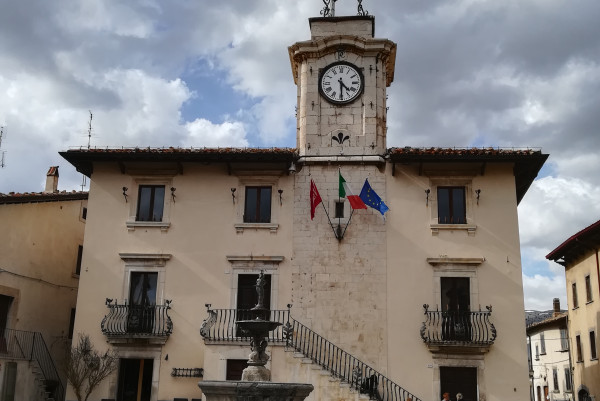 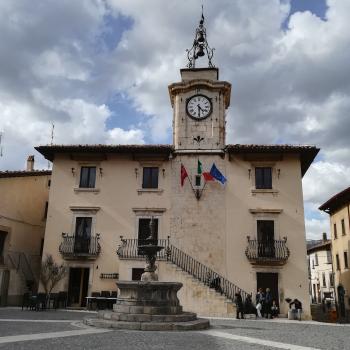 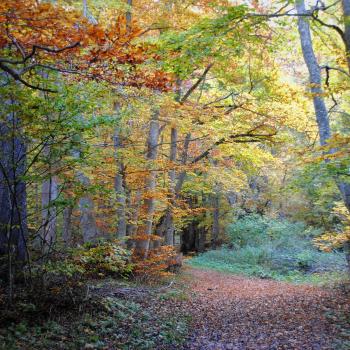 Natural hiking in the woods of Pescocostanzo 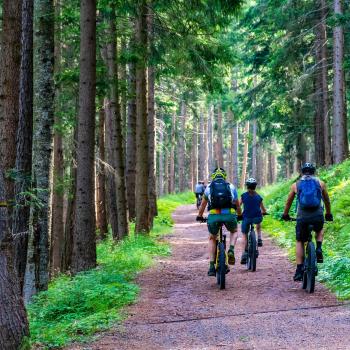 Escursione in e-bike a Pescocostanzo 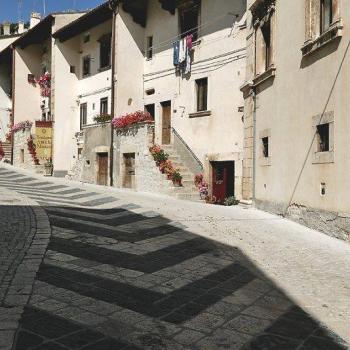 An enchanting village among Abruzzo mountains